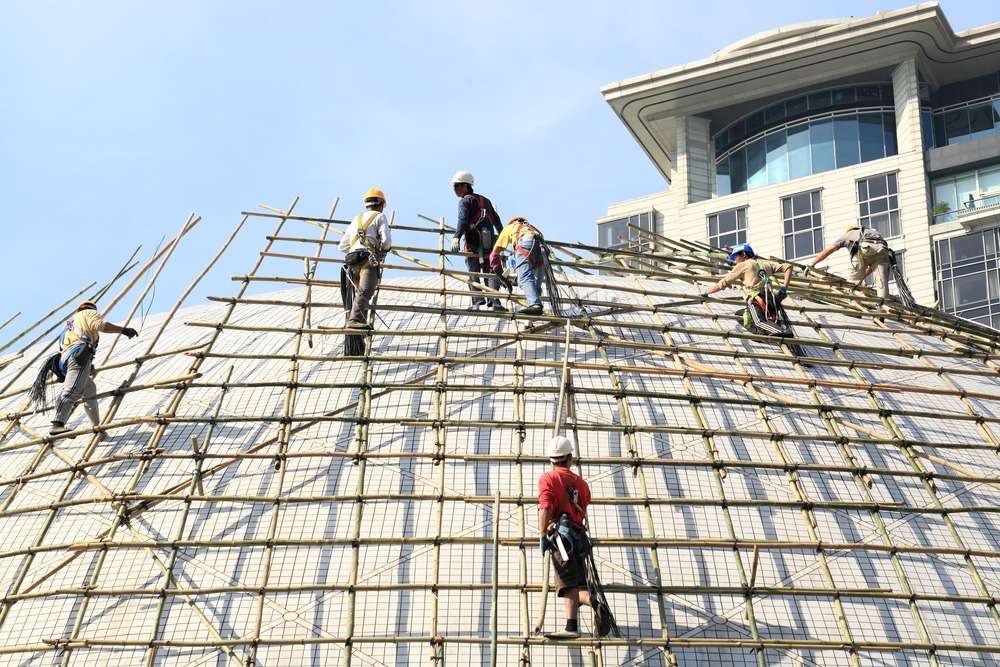 How is Scaffolding Different Around the World?

In the UK, we are accustomed to seeing steel scaffolding being erected with plastic safety decking littered throughout the construction. However, scaffolding has not always been like this and on top of this, scaffolding is very different in other countries at the moment.

Being a premium supplier of scaffolding from Derbyshire, we can not speak to the expertise of other countries and their scaffolding but we can take a look at how their practices differ from ours.

Scaffolding has been around for a very long time and since then there have been many variations. Some early records suggest that brass was used for scaffolding instead of steel or aluminium in countries such as Egypt.

So let’s take a look at some of the different scaffolding that is used around the world and let’s see how it may vary from our format.

One of the most notable differences between different scaffolding around the world is the use Bamboo instead of aluminium or steel.

Whilst aluminium is significantly more popular in Europe and the western hemisphere, bamboo is the material of choice for scaffolding in a lot of Asian countries such as China, Japan and India.

Bamboo scaffolding has some surprising advantages. The material is extremely strong and resilient, making it very effective when it comes to scaffolding. This unique type of scaffolding is quoted as lasting for around 3-5 years.

It’s not all so positive when it comes to Bamboo scaffolding however. For safety reasons bamboo can not be used on buildings over 6 stories tall. Additionally, Bamboo shrinks and expands when it gets wet. This can create many problems in more extreme weather conditions.

Whilst this type of scaffolding is popular in Scotland, arguably it is most used in Australia.

The non-slip platforms and double guard rails significantly improve the safety and reliability of the scaffolding; making it a great an ideal option for countries where the health and safety aspect of the scaffolding is at the forefront.

Frame and brace Scaffolding is particularly popular on residential and commercial projects in North America.

This very light scaffolding is extremely popular in North America as it can be easily erected and dismantled. It needs stating however, that because it is so light; the scaffolding is not as sturdy or strong as other more heavy duty types.

Because of this, the scaffolding is mainly used for mobile small scale projects and constructions.

When it comes to erecting scaffolding in Derby, you might not see cantilever too often.

Cantilever scaffolding is used when there is an obstacle preventing easy access to the scaffolding site.

We hope you now have a better understanding of the exciting and ever expansive world of scaffolding.

If you have any other questions, from access scaffolding in Staffordshire to plastic hoarding in Derbyshire, do not hesitate to contact us.